We call it ‘Evolution’ when our mind can give dimension to something new that we have learnt. In this constitution, we have chalked out a dimension for that human feeling, which perceives an unknown strength to hold everything in this world and everywhere beyond. In our civilized system, this dimension is said as ‘Religion’. Religion is a social term, since ‘Almighty Unknown’, ‘Utmost Fulfilment’, ‘Life’, ‘Destiny’, ‘Guilt’ or ‘Nobility’, these realizations are accepted as parts of common human feelings. Thus, ‘Religion’ forms as a general guideline to tell you how to believe in ultimate truth and completeness of your life.

An ideal religion is difficult to explain, as ‘Truth’ is boundless, formless, which cannot be exactly configured. That is the source of controversy between ‘Human Free Thought’ and ‘Religious Principles’. Human Free Thought is individualistic because it sprouts within a single mind and emerges as an idea. When someone begins understanding a convention or an established concept, mind can start building another idea – A different outline. Our society may grant it as a reform or reject. Whatever be the general verdict, there are marked instances where the one who builds an idea is seen to preserve it as his or her unchangeable principle, not fearing any justice or death.

Such incidents keep happening in human society in the form either as a flare or a blaze. With some, our mind feels to go deeper to compose a satisfying conclusion, while we forget the rest. Human religion is always criticized, scrutinized, objected, hated, classified and restructured simultaneously in the timeline of our evolution. Consciously or unconsciously, every mankind has a principle to conduct life. For most of us, we accept the religion followed by our ancestors. However, human free thought can show another path, a new one may be, to a person. That separate path, other than his own religion can give the realisation of truth that he is seeking.

I thought to gather a few such instances, where an individual free thought said differently from religious convention. From them, today I took out how Leo Tolstoy simplifies Prayer in his short story ‘The Three Hermits’ (Written in 1885). I understood something while writing this text that not every human mind can be calmed and tamed with accepted range of dimensions as taught in the conventions that we know. Coming to the subject that I was writing for you, it’s this.

As Leo Tolstoy Simplifies Prayer, We Can Ask A Reason For It…..

There is no complexity in human differences as their conclusions are not different.

-::What is Told in Religious Guidelines on Prayer::-

Prayer is constitutional part of every known religion that tutors the procedure of conveying our plea, pleasure, pain or protest to God, the All Powerful Unknown Supreme. It has a connection with our day-to-day interpersonal social behavioral pattern, yet claims much more sincerity and discipline. In our religion, a true prayer to God receives an answer that heals and refines us. 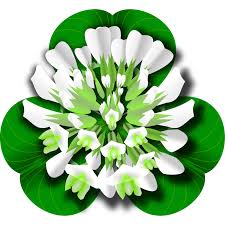 – Prayer of No Norms

-Prayer with NO words

….Let Him purify your soul…

….Almighty blesses You with prosperity…..

He was inspired from a folk tale of Volga to write this highly appreciated short story to produce the sense of his own free arising prayer to God. Leo Tolstoy builds a mysterious unnatural atmosphere in this story, where he describes an encounter of a bishop with three isolated hermits of an island on the way in his sea trip towards a pilgrimage. The incident goes like this. Once the bishop learns about these three hermits through the conversing fishermen, he asks them to show the island, but fails to locate while all other travellers could see it.

Then, he requests to take him to that island to meet these three old unaware hermits. The bishop finds them there. They are silent, joyful, well working and supposedly bare in their mind. They say about their method of praying God, which the bishop thinks to be very questionably casual. It encourages the bishop to perform his religious duty and he teaches them the formality of God’s Prayer. These three old happy free thinkers follow his teachings with much difficulty, but the bishop’s rigorous effort gives a satisfying result. Convinced that these three hermits have learnt God’s Prayer, the bishop returns to the ship.

But, then he sees an unimaginable spectacle. Those three hermits reach to his ship floating over the sea water in the moonlit night time and apologize him that they have forgotten that new God’s Prayer. This startles the bishop and he bows to those hermits advising them to pray to God in their own way.

How Leo Tolstoy Simplifies Prayer in this allegory ‘The Three Hermits’ is…..

There cannot be any methodical rule as ONLY CORRECT language or procedure for praying God.

The Russian novelist and fiction story writer, original name Lev Nikolayevich, Graf (Count) Tolstoy, who was noted for his realism and extraordinary analysis on human mind. He belonged to aristocratic family and Russian Orthodox Church always perplexed with his own beliefs and religious ideals throughout his self-taught life. Those were his base that formed his literary creations.

A Few Remarkable Life Stories of ‘Adivasi’ Saints of India

Ideas Leading Towards the Spiritual Route to Heaven